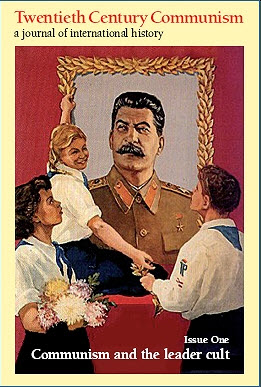 Communism was one of the defining political movements of the twentieth century. Viewed from different perspectives, it was at once a utopia, an ideology, a system of government, an apparatus of terror and an international political movement stretching to almost every corner of the globe. None of these aspects of its history will be overlooked in Twentieth Century Communism. Nevertheless, the journal’s primary concern is with communism as an international movement of unparalleled scope and cohesiveness. Since the collapse of the USSR and its satellites nearly twenty years ago, this phenomenon has given rise to a rich historical literature, informed both by the accessibility of communist archives and wider developments in social, political and cultural history.

Twentieth Century Communism will provide an international forum for the latest research on the subject and an entry-point into key developments and debates not immediately accessible to English-language historians. Its main focus is on the period of the Russian revolution (1917-91) and on the activities of communist parties themselves. However, its remit will also extend to the movement’s antecedents and rivals, the responses to communism of political competitors and state systems, and to the cultural as well as political influence of communism.

Twentieth Century Communism is a peer-reviewed journal of 256 pages appearing annually in May. As well as peer-reviewed research and discussion articles, it includes reviews, conference reports, key and a noticeboard section. The core of each issue will be provided by a themed section.

Issue 1 focuses on leadership cults. Contributors include Balázs Apor (on Rákosi); Anthony Howe (on Tom Mann); Claude Pennetier and Bernard Pudal (on Stalinism and the cult of the worker); and Tauno Saarela (on Kuusinen and Finland). There is also an interview with Hermann Weber.

COMMUNISM AND THE LEADER CULT

From Franz Borkenaus commentaries of the 1930s, through Khrushchevs secret speech in 1956, the cult of the leading individual provided one of the distinguishing features of the Stalinist party and an epitome of centralisation. The proliferation of such cults, however, also posed potential dilemmas: for if there was to be a cult of leadership, Stalins ideal of a single monolithic will implied that this too should be centred in Moscow, and on the person of Stalin himself. Ranging across several countries and different levels of communist leadership, the first issue of Twentieth Century Communism provides new insight into how and when these cults were constructed, and with what political consequences.

Dead martyrs and living leaders: the cult of the individual within Finnish communism
Tauno Saarela

Re-imagining the cavalier of hope: the Brazilian communist party and the images of Luiz Carlos Prestes
Marco Aurélio Santana

Construction and deconstruction of a cult: Edgar Lalmand and the Communist Party of Belgium
José Gotovitch

‘Life According to the principles of the left’: an interview with Hermann Weber
Norman LaPorte

‘Should we all be on Marx’s side?’: contributions of post-marxist discourse theory to the historiography of communism
Antonio Lopes